The lipids are a large and diverse group of naturally occurring organic compounds that are related by their solubility in nonpolar organic solvents (e.g. ether, chloroform, acetone & benzene) and general insolubility in water.

The three main types of lipids are triacylglycerols (also called triglycerides), phospholipids, and sterols. Triacylglycerols (also known as triglycerides) make up more than 95 percent of lipids in the diet and are commonly found in fried foods, vegetable oil, butter, whole milk, cheese, cream cheese, and some meats. Phospholipids make up only about 2 percent of dietary lipids. They are water-soluble and are found in both plants and animals. Sterols are the least common type of lipid. Cholesterol is perhaps the best well-known sterol. Though cholesterol has a notorious reputation, the body gets only a small amount of its cholesterol through food—the body produces most of it. 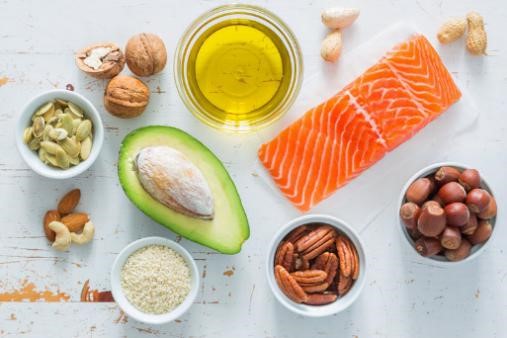 Lipids are composed of carbon, hydrogen and oxygen atoms, and in some cases contain phosphorus, nitrogen, sulfur and other elements. The structural, metabolic and nutritional importance of lipids in the body is supported by numerous investigations in different biological models (cellular, animals and humans). 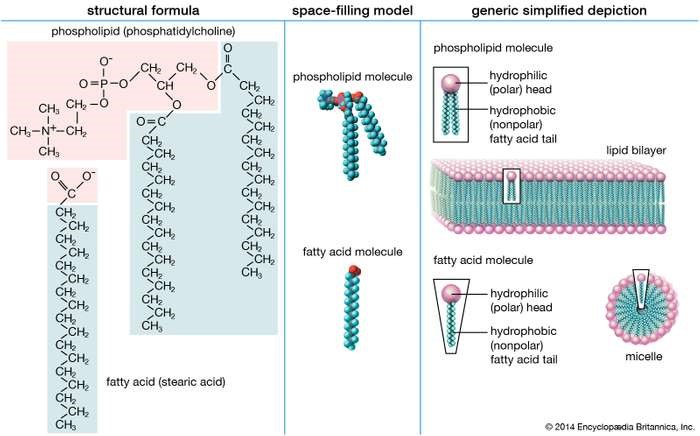 Lipids are a diverse group of compounds and serve many different functions. At a cellular level, phospholipids and cholesterol are some of the primary components of the membranes that separate a cell from its environment. Lipid-derived hormones, known as steroid hormones, are important chemical messengers and include testosterone and estrogens. At an organismal level triglycerides stored in adipose cells serve as energy-storage depots and also provide thermal insulation.

Figure 3. (a) phospholipids and cholesterol in cell membrane
(b) steroid hormone as a chemical messenger
(c) energy-storage mode of triglyceride