Lipids generally refer to a large class of compounds (oils, fats, and lipoids) in nature, which are easily soluble in organic solvents and non-homogeneous in chemical composition. Lipids are one of the main nutrients that provide energy for human body, and are fundamental building blocks of cells. In addition to natural lipids, more and more lipid derivatives are produced through chemical and biochemical modifications. It is possible not only to expand the family of lipids, but also to better utilize their properties by modifying lipids, thus making modified lipids useful in many fields.

Specific modification of lipids can give them better properties. Modified lipids are used to construct drug delivery systems, synthesize light-control lipids, as well as applied for mass spectrometry (MS) analysis [1].

Lipids have potential drug delivery applications due to their hydrophobic properties and their structure closely resembling that of human cell membranes. Therefore, chemical modification of lipids by conjugating them to molecules can enhance the drug loading process, thus facilitating drug delivery. Lipids have been conjugated to a wide variety of drug molecules with different therapeutic applications. For instance, lipid-drug conjugates (LDCs) can be applied in the discovery of anticancer carriers, enhancing tumor targeting as well as reducing off-target toxicity. Additionally, Lipids are chemically modified to create LDCs mainly through esterification, aminolysis and hydrazine formation, as shown in Fig. 1. 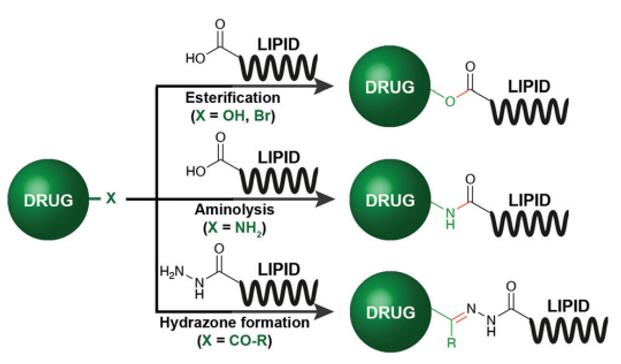 Fig. 1 Lipid modification for the construction of enhanced drug carriers [1].

Lipids and their analogs are capable of acting as signaling molecules. Synthetic lipid analogs are usually delivered to cells in an OFF state which reversible or irreversible switch to an ON state upon light stimulation, thus highly controlling the lipid signaling process. By chemically modifying lipids, photoswitchable lipids are obtained, which are very useful for clinical applications.

Photoswitchable lipids are a class of synthetic lipids with a lipophilic, photosensitive azobenzene functional group within one of the acyl tails. The conformation of the functional group changes under different wavelengths of light, resulting in the reversible, light-induced control of signaling. Photoswitchable lipids have been developed for many applications. For example, Azobenzene-bearing ceramides (ACes) are used to study liquid microdomains within supported bilayers (SLBs), as shown in Fig 2. 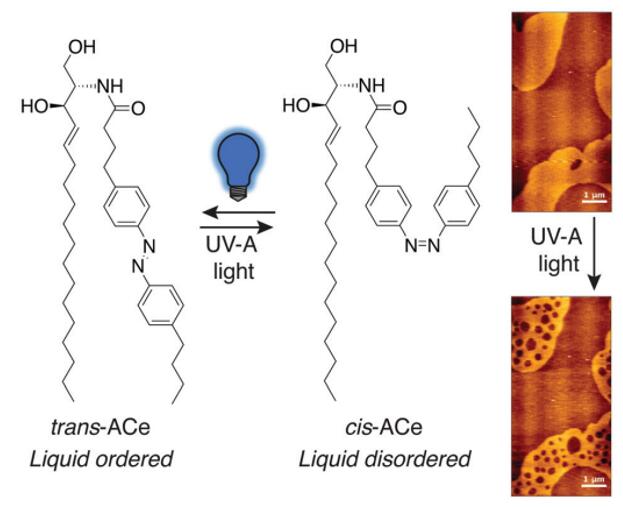 Modified lipids can be used for better mass spectrometry (MS) analysis, such as understanding the lipid organization and composition of biological membranes, protein-lipid interactions, and lipid localization. However, lipids have various difficulties in sample preparation, solubility, and identification of sites of lipid unsaturation.

Identification of double bonds: For example, degrees of unsaturation is difficult to determine in lipids. The structure of lipids is complex and diverse, mainly due to the types and quantities of end groups and fatty acid chains. In particularly, the number and position of C=C contained in fatty acid chains and their cis/trans structures further increase the difficulty for the analysis of lipid structure. Therefore, lipids modified by double bond derivatization are applied to MS analysis, which can more accurately determine the position and number of double bonds in lipids. The commonly used double bond derivatization methods are shown in the Fig.3.

Fig. 3 Common strategies for the derivatization of double bonds [1].

Solubility enhancement of samples: In addition, MS analysis of lipids also has the problem of poor solubility of samples. By modifying lipids, they can be introduced into MS analysis in the form of liposomes. The modified lipids provide carriers for insoluble membrane-bound molecules due to their vesicular structure and solubility in cell membranes. Therefore, these modified lipids can be better used in MS analysis to study lipid-membrane protein interactions.

Alfa Chemistry can offer various modified lipids and related services. If you can't find the product you need, please feel free to contact us.