All lipids that contain phosphorus are called phospholipids. Phospholipids also known as phosphatides, are molecules in which hydrophilic head group and hydrophobic acyl chains are linked to the alcohol. The variation in head groups, aliphatic chains and alcohols leads to the existence of a wide variety of phospholipids. As main components of cellular membrane, phospholipids have excellent biocompatibility. In addition, phospholipids are renowned for their amphiphilic structures. The amphiphilicity confers phospholipids with self-assembly, emulsifying and wetting characteristics. These unique properties make phospholipids with a very wide range of applications, especially in the pharmaceutical industry.

Fig.1 The structure of phospholipids

(1) According to the structure of alcohols contained in the phospholipids, they can be divided into glycerophospholipids and sphingomyelins.

Table 1. The structure and property of glycerophospholipids

Fig.2 The structure of sphingomyelins

Phospholipids are well-established excipients for pharmaceutical applications, and have been widely used to prepare liposome, ethosomes and other nano-formulations of topical, oral and parenteral drugs for differing reasons like improved bio-availability, reduced toxicity and increased permeability across membranes. And phospholipids offer manifold possibilities to be used as excipients in drug delivery systems, which can deliver both hydrophilic and lipophilic drugs. In addition, purified phospholipids are produced commercially and have found applications in nanotechnology and materials science. 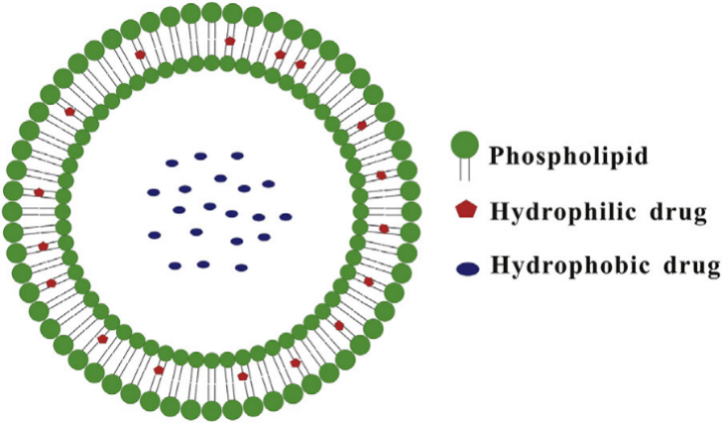 Alfa Chemistry can offer various phospholipids such as phosphatidylcholine (PC), phosphatidylethanolamine (PE), phosphatidylserine (PS), phosphatidic acid (PA), phosphatidylinositol (PI), phosphatidylglycerol (PG) cardiolipin (CL), natural phospholipids and others. You can click on our product list for a detailed view. If you do not find the product you want, we also provide you with custom synthesis service. Please contact us, if you are in need of assistance.