Sphingolipids are a class of lipids containing a backbone of sphingoid bases, a set of aliphatic amino alcohols that includes sphingosine. They were discovered in brain extracts in the 1870s and were named after the mythological sphinx because of their enigmatic nature.

Sphingomyelin is an abundant sphingolipid in cellular membranes: its hydrolysis releases ceramide and phosphocholine and several stimuli are known to activate sphingomyelin hydrolysis. Sphingolipids’ metabolites, such as ceramide, sphingosine, and sphingosine-1-phosphate, are bioactive signaling molecules which can act as a primary or secondary messenger to regulate cell life activities. 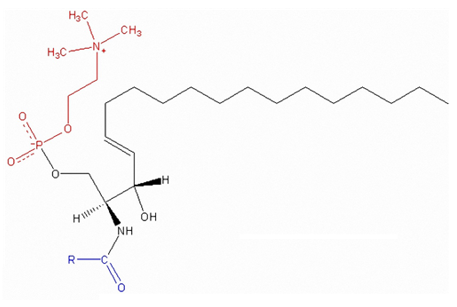 Alfa Chemistry offers a variety of sphingolipids for customers to choose from.